PhysTEC Teacher of the Year

The PhysTEC Teacher of the Year program recognizes outstanding high school physics educators who demonstrate the impact and value of physics teacher preparation programs. Each year, PhysTEC member institutions submit their recommendations to the selection committee, and one National Teacher of the Year and several local teachers of the year are selected.

The 2021 National PhysTEC Teacher of the Year is David Wirth of Millennium High School in Goodyear, AZ. Wirth was nominated by PhysTEC institution Arizona State University, from which he graduated.

Throughout his 29-year career, Wirth has created an environment where students act as advocates for science, their communities, themselves, and the world. He co-founded STEMCon, an annual district-wide expo that drew nearly 1000 students to explore science and math in 2020, its 10th. He also participates in the “I am a Scientist” campaign to give his students clear role models in science. Between these efforts, daily classroom excellence, and more, he has inspired countless students to pursue science.

Wirth is a champion for physics and physics education, and the success of his students is personal to him. He uses Modeling Instruction methods, partners with mathematics teachers to create integrated math/physics courses, and has earned over $50,000 in grants for classroom equipment, all in the effort to give students the tools they need to succeed. And it works: Wirth’s physics enrollment has quadrupled, and his students drive high-level physics discussions and have clear confidence in themselves and their scientific skill.

When students leave his classroom, Wirth’s support for them continues. He started a Science Olympiad club on campus to provide further opportunities with STEM and often challenges students to build applicable Science Olympiad projects in class then compete at the state level. His students also compete in AAPT contests such as Physics Bowl and the High School Physics Photo Contest. These opportunities both recruit students to physics and provide them with experiences that are helpful when interviewing for top tier colleges.

Outside the classroom, Wirth has mentored many colleagues in the adoption of phenomena-based and inquiry-driven education and learning techniques, many of which he first tested and implemented in his own classroom, all while teaching evening physics courses at Estrella Mountain Community College. Most recently, he has partnered with Jeff Andretti (son of racing legend Mario Andretti) to write curriculum materials for a new middle school STEM program that integrates modeling techniques and will go national later this year.

By all accounts, Wirth’s classroom is an inspiration. His intentional and successful efforts to recruit and connect with students of all kinds has encouraged each of them to see themselves as scientists, and his mentorship of his colleagues ensures the legacy of his work will continue on long after he retires. For these accomplishments and more, we applaud David Wirth, PhysTEC’s 2021 National Teacher of the Year! 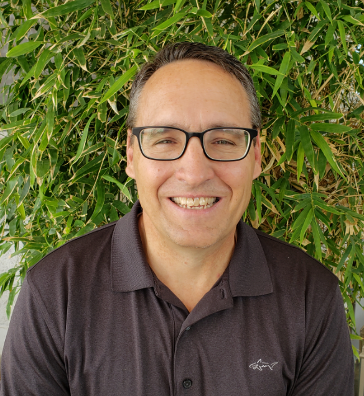 2021 Local Teachers of the Year

In addition to Wirth's selection as the National Teacher of the Year, we congratulate and thank the following Local Teachers of the Year, who strengthen the physics community by cultivating scientific curiosity in young minds.

Teacher of the Year Selection Process

Teacher of the Year nominees must be:

You’ll get PhysTalk, our monthly newsletter, and other occasional updates from PhysTEC and from the Get the Facts Out project.